The Quick Trip Is Worth It

I had gone to an Ames dentist for about five years before Story City Dental opened.

In that five years, my Ames dentist twice referred me to an oral surgeon in Des Moines, and twice I drove an hour and a half round trip in congested traffic to see a specialist who didn’t know my name and hadn’t seen me or my teeth before that day — and hopefully wouldn’t again.

Then in 2017, Story City Dental opened, and I saw no reason Dr. Binkowski and his team couldn’t be my next-door Ames dentist.

I had been nursing a sore tooth for a few weeks at this point, and I didn’t wait to make my first appointment. 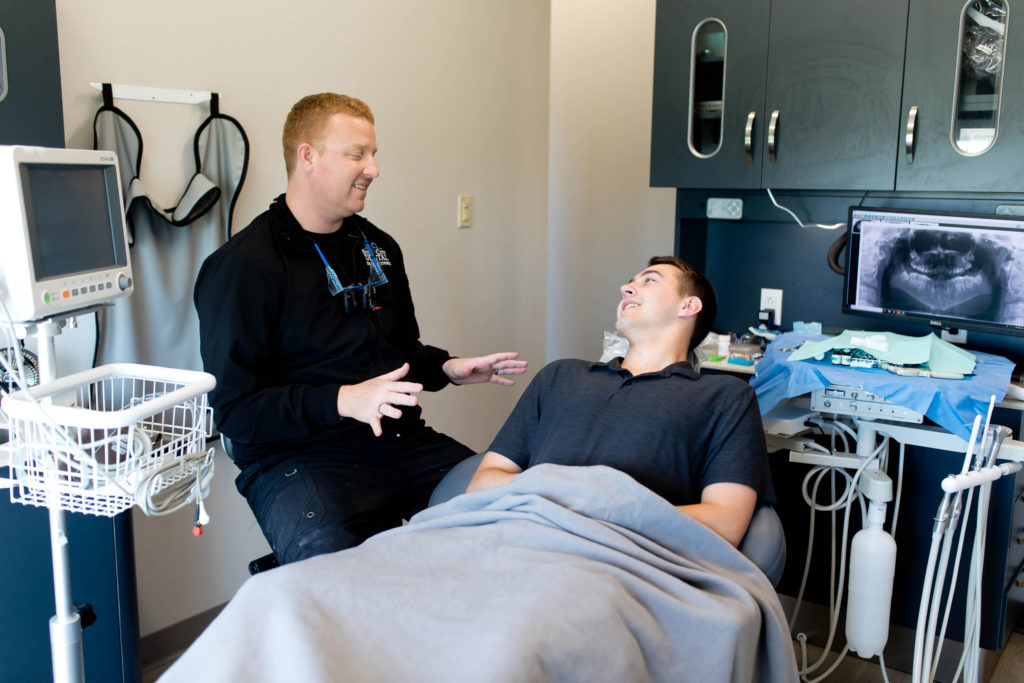 I drove down I-35 on a sunny, warm day. Traffic was light, and the building was just half a minute from the Story City exit. I made the entire trip in less than 25 minutes.

I arrived much too early, so I drove around Story City and marveled at the antique carousel, the open greens of its surrounding park, the wood bridge, the tight-knit community that opened its arms and said velkommen.

I was no longer in Ames, not even lost in the microcosm within that was Iowa State University.

My appointment neared, and I returned back to the office and stepped through a navy blue door to greet a smiling receptionist.

I was nervous. I had always been nervous at the dentist in Ames. But I’d “grit my teeth” and deal with it as best as I could.

At Story City Dental, every person I interacted with made sure I was comfortable. They explained my options, even telling me about a wonderful capability of sleep dentistry (seriously, if you fear the dentist and you have not heard of this, check it out).

After Dr. Binkowski performed a comprehensive exam and told me I needed a root canal, I braced myself thinking about the long drive to Des Moines again, the high bill, the strangers who would perform the surgery.

Then Dr. Binkowski said he could schedule the procedure that week and perform it himself, and I relaxed.

Without a doubt, I knew I would be taken well care of at Story City Dental.

Note: This article was written by an anonymous patient. These are not statements of fact but the patient’s opinions.

Story City Dental offers the convenience of an Ames dentist with comprehensive services and state-of-the-art equipment that none others can match.

Just 25 minutes away from Ames and conveniently located just off the Story City exit, Story City Dental waits to help you find your healthier, happier smile.

Advanced sleep dentistry takes the fear, pain and fuss out of any dental visit.

A dentist who has more years of education and all-around experience than most.

Request online or call us